We had just wheeled the wood-splitter down to the lower shop. Such smugness found in looking at the woodshed stuffed with two years worth of wood, one drying for the following year, one ready to roll. We could relax a little, take the dogs on long walks down the dirt road scuffing the dead leaves as we strolled. We could take our time in raking the leaves out of the front yard into giant piles destined to become a comforter for the raspberries sleeping in our garden. 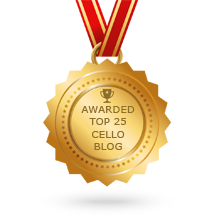 Saturday morning we woke up to white. That’s how it works in the Northeast, the change of seasons falls upon us, surprising us with it’s resoluteness. Yesterday we wore a sweater and spoke of pressing apples and carving pumpkins: today we bundle up, dragging winter gear out of storage. My Muck boots are pressed into service: they are bone-dry and bearing cobwebs for their first few steps into the snow.

Yesterday we raked, today we shovel.

Early November snowfall can be staggeringly beautiful. The trees look like they have been sprayed with white frosting. They arc gently over the road creating the Christmas card- perfect pathway to our house. However what we all know is how heavy their branches are with, not just snow, but ice. As I drive through the tunnel I hunch over the steering wheel and hold my breath, I know how fragile these branches now are and, more important, I know how close we are to that dreaded period of time without power.

As I mash avocado for toast the lights flicker. Each flicker makes me stop and look around, as if I might see a red flag giving warning. Each time I go back to mashing it happens again. I find myself picking up my pace, quickly washing all of the dishes because, although we have a well, without power, there is no pump. Without the pump...there is no water.

Lack of power is super romantic. For ten minutes or so. We have lots of oil lamps at the ready and their warm glow makes you think that you really might have been able to live out of a Conestoga wagon- I mean, how hard could it be? Five hours later Paul has to listen to me admit that I’m not a pioneer and begin my litany of swearing.

Five years ago an early storm shut the power off for five DAYS. Day three Paul was at the store looking for a generator. Supply and demand dictated it’s exorbitant cost. Little did they know that I had told Paul not to come back without that generator. I believe the final amount I was willing to pay was just under one million. I truly considered that our son, with the ink still wet on his college diploma might go for a good price.

Saturday morning we woke to white (but with power)- a Christmas...well...Thanksgiving miracle! However, as we gazed out the window at the beautiful drooping branches we noticed that among them were some not-so-beautiful drooping power lines. It seems a large tree had pinned the wires to our stuffed woodshed. Power-outage homes numbered in the 6000 range, so for five days (five seems to be a magical power number) we watched the orange flags we had draped over the wires blow merrily in the breeze. No gas delivery: the truck could not get under those flag-flapping wires, no Fed Ex delivering cellos and no town plow. So, as we live at the end of a dead end dirt road, it seemed we were quite on our own. The snow kept coming, so without a plow the cars that could come in began to pack the snow down into a skating rink. Futility was vividly demonstrated by taking cupfuls of sand and tossing them onto the road. Students somehow made it in and I gave one lesson by stand-light alone. Luckily my student Luke is ten, with ten year-old eyes, so he thought it was a wonderful adventure.

Paul and I pulled Luke’s dad out of the end of the dirt road as he tried to turn around in a Honda Fit. We charged down the road with our shovels and trusty cups of dirt. We looked like a classically trained towing team.

David’s Prius got stuck in the driveway and yes, I have asked him why the Prius and not his truck. Paul grabbed hold of the door-frame and I pushed from the front of the car, David peering over his steering wheel at me. Apparently you can’t gun a Prius - some mechanism convinces it to go to sleep when you try to get it to roar, heck, even move backward. So we mightily pushed and, without any help from the car, it began to move which also began to make my Muck boots slip- apparently we missed that spot in the driveway tossing sand: suddenly I fell forward and completely disappeared from David’s sight. David went into a panic, he had killed his cello teacher, when, in reality, I was on my knees on the ground, hysterically laughing.

We love Vermont. We love where and how we live. The challenges we face are what make us feel alive. Falling down is a given- it’s always about the getting up. I’ve decided that maybe I am part Pioneer after all.